My complete Nmap course is the best Ethical Hacking course. To learn network security & become an expert at Nmap, enroll 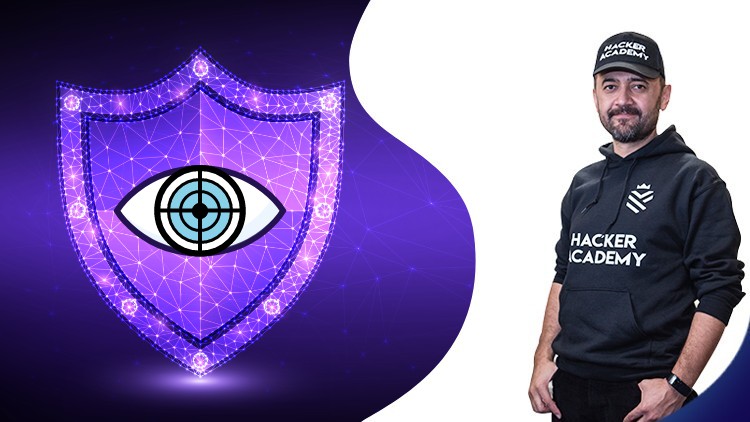 Whether you want to get your first job in IT security, become a white hat hacker, or prepare to check the security of your own home network, Oak Academy offers practical and accessible ethical hacking courses to help keep your networks safe from cybercriminals.

Penetration testing skills make you a more marketable IT tech. Understanding how to exploit servers, networks, and applications means that you will also be able to better prevent malicious exploitation. From website and network hacking, to pen testing in Python and Metasploit, Oak Academy has a course for you.

During this ethical hacking course, I will teach you beautiful side of the hacking.

The Penetration Testing consists of 3 basic steps. These are target identification, gathering information about the target and attack.

Information about a target can be collected in two ways.

In this course, we will learn how to use, Nmap, an active information collection tool and in this case which is the second step.

On my complete Nmap course, you`ll discover the secrets of ethical hacking and network discovery, using Nmap. You’ll learn all the details of Nmap, which is the most known and de facto network scanning tool. After downloading and installing Nmap by hands-on lessons, you will be able to use it as an IP port scanner, open port tester and checking for devices' operating systems and other features.

No prior knowledge is needed!

Our complete Nmap course starts at beginner levels so you don’t need to have previous knowledge of network scanning, finding vulnerabilities in devices, using Nmap.

In this course I used free tools and platforms, so you don’t need to buy any tool or application.

In this course you will learn;

By registering the course you will have lifetime access the all resources, practice videos and will be able to ask questions about related topics whenever you want.

Why would you want to take this course?

My answer is simple: The quality of teaching.

See what my fellow students have to say:

"Very good experience, I always wanted such type of training which is filled with deep explanation and demo. I am interested in the security field and want to make my career in this domain, I really enjoy the learning." - Pragya Nidhi

“All applied and easy to grasp the content. Looking forward to getting next training of the lecturer." - Jim Dowson

"I liked this course! Lots of topics were covered. What I liked the most is the variety of tools used in this course. This way, someone who is willing to learn can pick up the tool that he is interested in and dive more into details. The most important thing is the experienced instructor who takes comments and reviews into consideration and gets back to you whenever there is room for improvement or new topics that might be interesting to you. I can summarise all in two words. I learned!" - Rami Zebian

This is the best tech-related course I've taken and I have taken quite a few. Having limited networking experience and absolutely no experience with hacking or ethical hacking, I've learned, practiced, and understood how to perform hacks in just a few days.

It’s no secret how technology is advancing at a rapid rate. New tools are released every day, and it’s crucial to stay on top of the latest knowledge for being a better security specialist.

All our videos are created/produced as high-quality video and audio to provide you the best learning experience.

See you in the Nmap for Ethical Hacking: Develop Network Security Skills course!