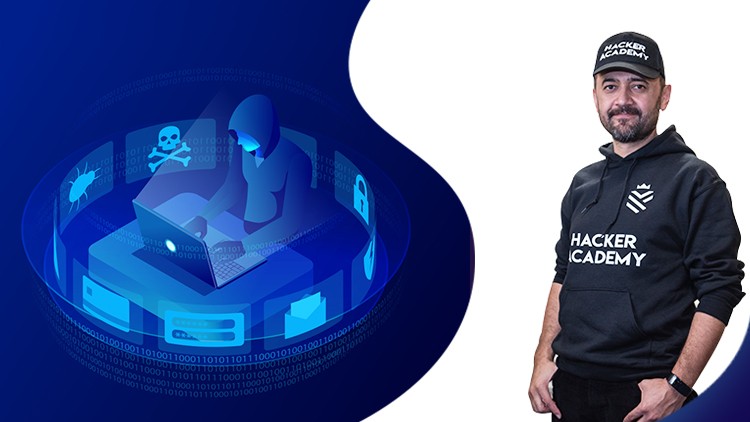 My name is Muharrem Aydin (White-Hat Hacker), creator of the three best-selling Ethical Hacking and Penetration Testing courses on Udemy.

This time I’ve designed "Hands-on: Complete Penetration Testing and Ethical Hacking!, for YOU!

My "Hands-on: Complete Penetration Testing and Ethical Hacking!  is for everyone! If you don’t have any previous experience, not a problem!  This course is expertly designed to teach everyone from complete beginners, right through to pro hackers. You'll go from beginner to extremely high-level and I will take you through each step with hands-on examples.

And if you are a pro Ethical Hacker, then take this course to quickly absorb the latest skills, while refreshing existing ones.

★★★★★ All applications and tools recommended are free. So you don’t need to buy any tool or application.

My course, just as my other courses on Udemy, is focused on the practical side of penetration testing and ethical hacking but I also will share with you the theory side of each attack. Before jumping into Penetration Testing or other practices with Ethical Hacking tools you will first learn how to set up a lab and install needed software on your machine.   In this course, you will have a chance keep yourself up-to-date and equip yourself with a range of Ethical Hacking skills.

When you finish this course you will learn the most effective steps to prevent attacks and detect adversaries with actionable techniques that you can directly apply when you get back to work. I am coming from field and I will be sharing my 20 years experience with all of you. So you will also learn tips and tricks from me so that you can win the battle against the wide range of cyber adversaries that want to harm your environment.

IMPORTANT: This course is created for educational purposes and all the information learned should be used when the attacker is authorised.

7. Vulnerability Scan and Introduction to Nessus

11. Information Gathering Over the Internet

The numbers of the lectures are a bit skewed to the written instructions for setting up the lab.